Zappers are ranged attack enemies who fire a single, moderately powered beam at the player and are able to spawn with elemental modifiers. The damage and health of the Zapper is somewhere in between that of the Pitcher and the Blaster. They fire extremely accurately and almost always hit their target. 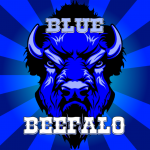