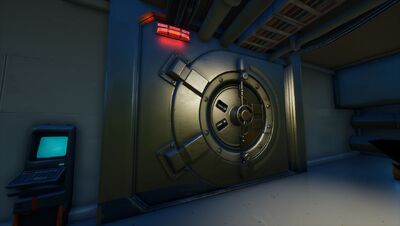 Vaults are a way of getting good loot and can be found at areas guarded by bosses and henchman and they can be opened by keycards. Bosses like Shadow Midas and Wolverine don't have vaults.