The Wall of Water 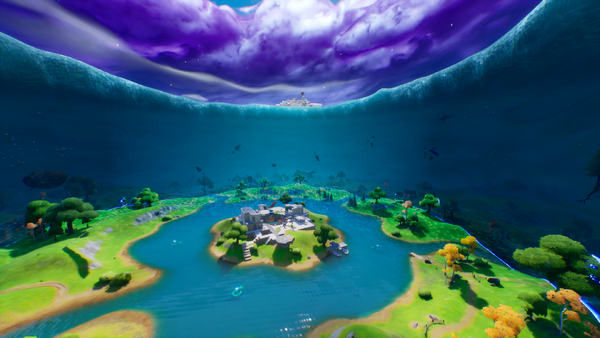 The Wall Of Water was a new Storm mechanism in Battle Royale, that was added after The Device Event. As of Chapter 2 Season 3, The Wall of Water collapsed and flooded parts of Apollo. The Wall of Water would, once a player was in it, send the player to the top of it, and fling them out, dealing mass amounts of fall damage.

During The Device Event, Midas activated Doomsday Device in an attempt to destroy The Storm that has terrorised the island for years. This fails, however, and due to reasons unknown, The Storm returns, angrier than ever before.

Confirmed in the official Fortnite website, The Storm created The Wall Of Water as revenge against Midas. It was temporarily contained by the Storm Shield, but after two days it broke through and caused The Flood.

Some players believe that Midas' plan was actually to break a time loop that creates the Battle Royale, and that when it failed it somehow created The Wall Of Water.

The Wall of Water was based on Real Life Tsunami.