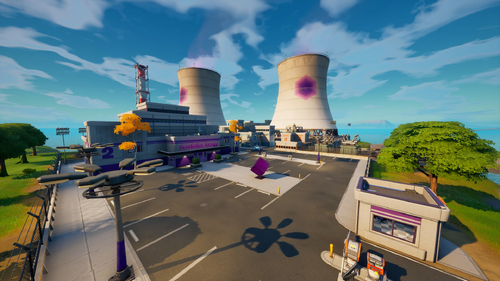 Steamy Stacks is a named Point Of Interest in Battle Royale added in Chapter 2 Season 1, located inside the coordinates G2 and H2, east of Craggy Cliffs, and north of Dirty Docks. It is a nuclear power plant using the energy of the CUBE as a coolant for the reactor. The facility is owned and operated by a company called Kevolution Energy.

There are power lines coming out of this location connecting it to Retail Row, the power lines are actually Ziplines that can be ridden all the way to Retail Row. Each of the buildings in the location are numbered to 5, but for some reason there is no building 1, it starts at 2. Steamy Stacks has a total of 22 chests. 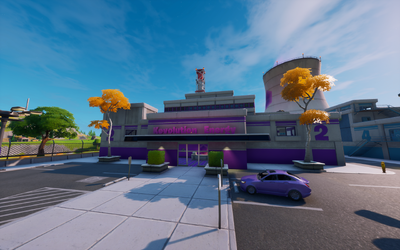 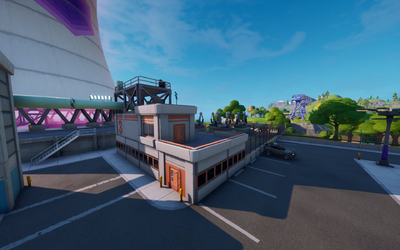 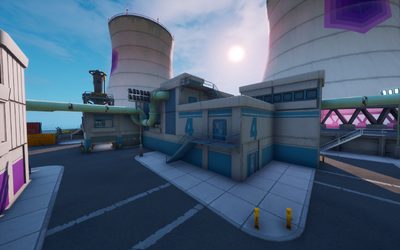 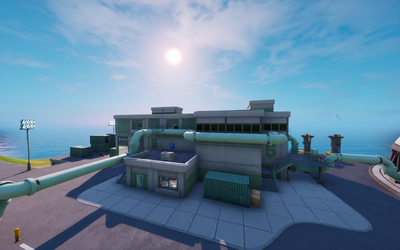 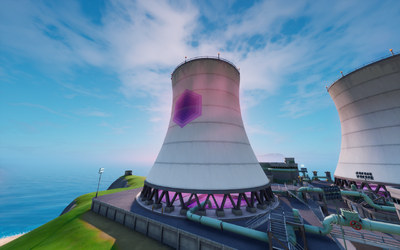 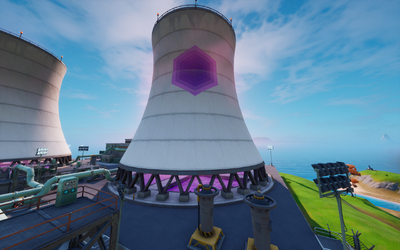 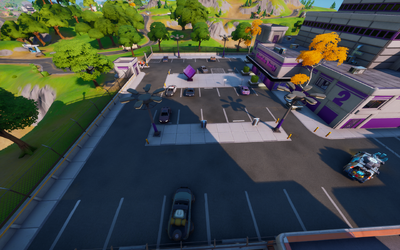 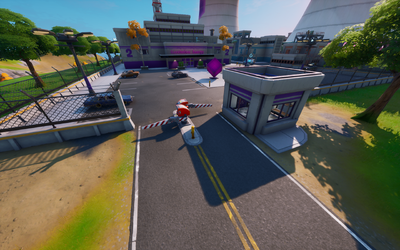 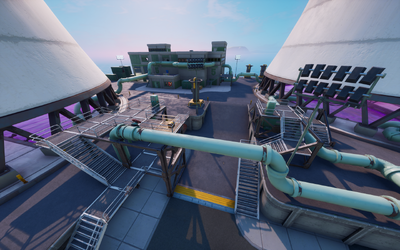 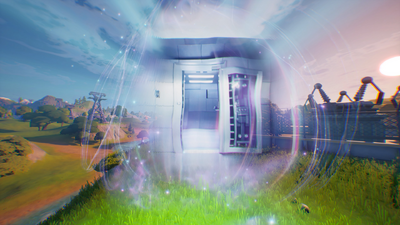 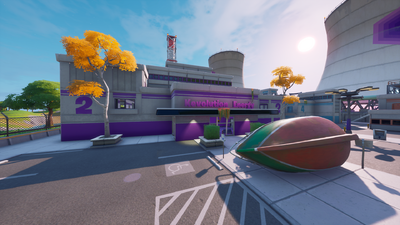 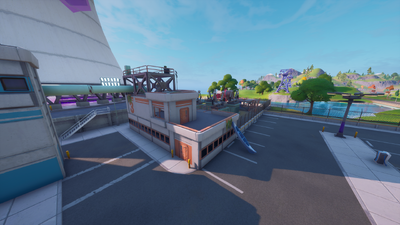 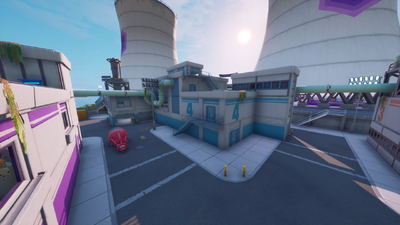 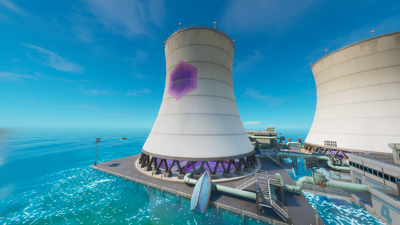 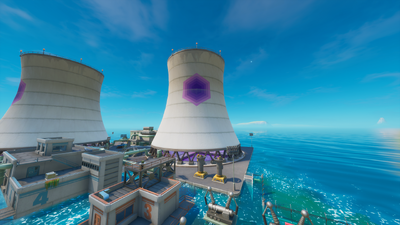 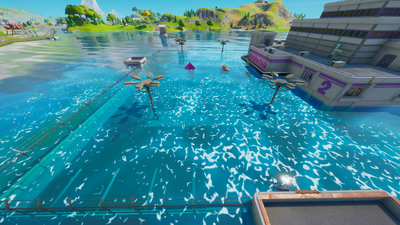 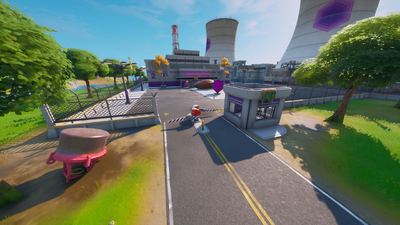 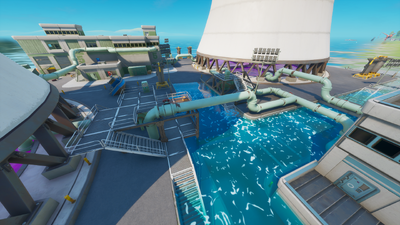 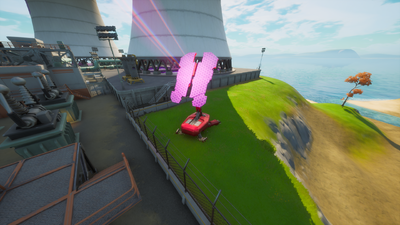 The main building in the complex. It has a lobby and multiple offices. The reactor hall contains the main reactor in a pool of purple liquid, which most likely acts as a coolant. This is very similar to a real-life pool-type nuclear reactor. The purple color of the coolant is likely caused by the energy of the CUBE. This room is seems to be highly contaminated and radioactive (or at the very least dangerous for some reason) as all the the entrances are accessed through two heavy (probably lead lined) doors. The radioactive liquid doesn't, however, have any actual effects on the players who enter the room or the liquid. Unusually, it's possible to fish in this liquid. There is the primary control room that overlooks the reactor, as well as a smaller one with pink donuts on the control panels. This is a reference to the popular TV show "The Simpsons", where Homer Simpson, who likes donuts, works as a safety inspector at the Springfield nuclear power plant.

The smallest of the buildings in the complex by far, the actual transformer yard is fenced off. The power lines come out of the transformers connect to the small substation in Retail Row.

The building houses the turbine, the pipes coming from building 2 appear to be headed to the turbine building. The electricity created from the turbine is sent into building 3.

If you dig underneath one of the stairwells, you can uncover a hidden basement. Inside you can find a table and a couple of chairs but in the corner you can find a orange case with a metallic object on top. This is a reference to the movie Tenet, you can hear the music from the trailer if you get close enough.