Sky Platforms were a series of seven small POIs added in Season 9. As the name suggests, they were floating platforms with communication towers of sorts. There were Slipstreams attached to each corner to allow for easy access to and from the platform. They were similar to the Pirate Camps of Season 8 as they were similarly placed on the map and they represented the theme of the season. The Sky Platforms were all identical and would spawn up to three chests. They were scattered throughout the map, and can be found southwest of Dusty Divot north of Paradise Palms, northwest of Fatal Fields, west of Shifty Shafts, southwest of Pleasant Park, southeast of Pressure Plant, and southwest of Lazy Lagoon. With the initial release of Season X, all seven Sky Platforms were removed from the map. 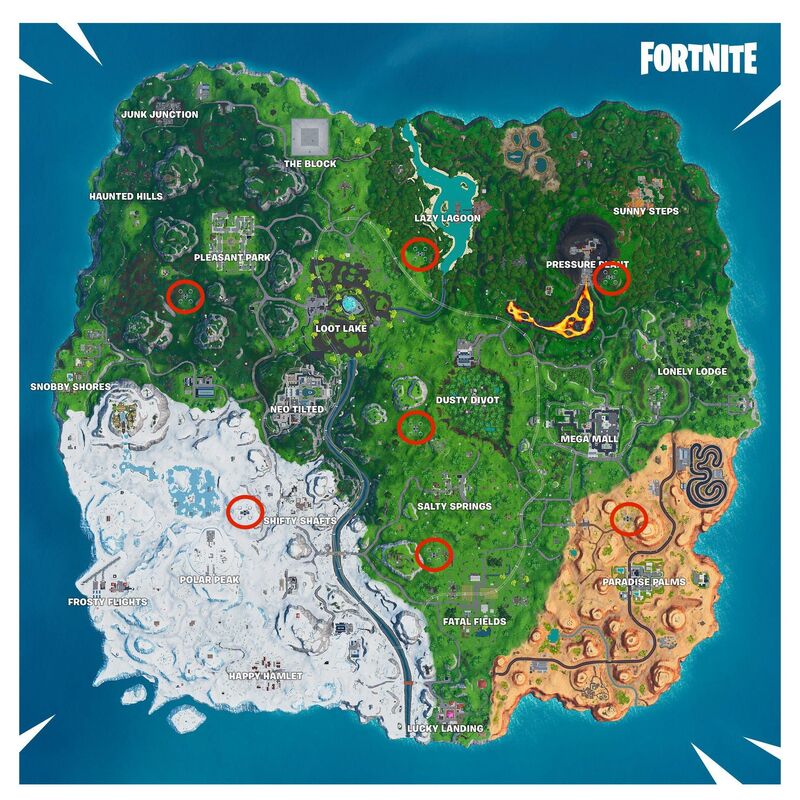