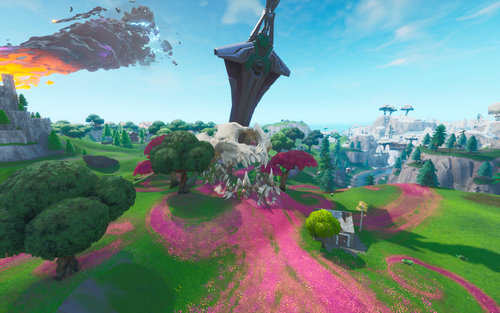 Skeletal Remains was an Unnamed Landmark in Battle Royale added in Season 9, located inside the coordinate E6 and F6, south of Dusty Mountain, northwest of Salty Springs, southeast of Loot Lake and southwest of Dusty Depot. It was the overgrown and damaged skeleton of the Devourer, with a sword stuck in the giant head and one of the overgrown runes. It is also covered in purple moss and trees.