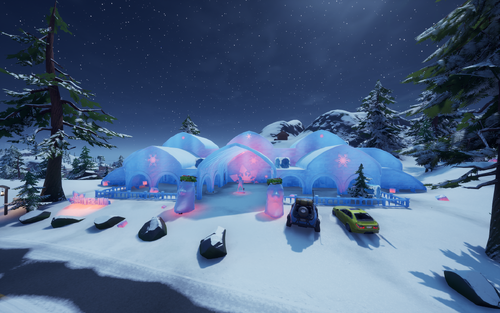 Shiver Inn was a Landmark in Battle Royale added in Chapter 2 Season 1, located inside the coordinate G7, east of Lazy Lake and southwest of Retail Row. It was a frozen inn, filled with ice blocks, objects such as beds made out of ice, and multiple other objects. The main attraction of Shiver Inn was four frozen characters, a frozen Crackshot by a drinking area, a Frozen Nog Ops, a Frozen Devourer, the monster from The Final Showdown Event of Season 9, and a Frozen Fishstick in front of the entrance.

Shiver Inn was removed with the 11.40 update after the snow melted away.