Sheriff's Office is a Landmark in Battle Royale added to the map in Chapter 2 Season 5, located inside the coordinates E5, F5, E5, and F6, northwest of Lazy Lake, south of Gorgeous Gorge, and northeast of Primal Pond. It is a campsite with tents and wood planks. Deadfire can be found here.

It was formerly located in the coordinate E4, on the road behind Cap'N Carp Delivery Truck, southwest of Colossal Coliseum, and southwest of Risky Reels, and was an actual Sheriff Office with some jail cells. 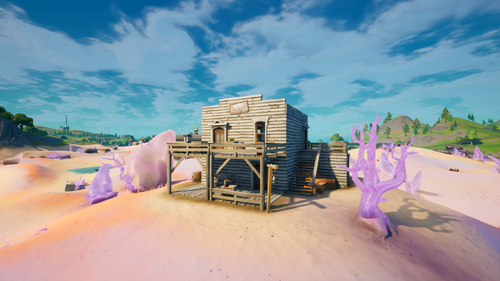