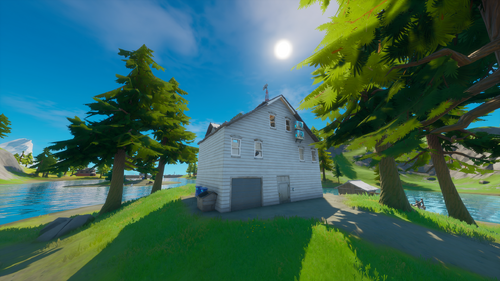 Shadow Safe House - Delta was a Landmark in Battle Royale added in Chapter 2 Season 2, located inside the coordinate E7, on the Lazy Lake Island, in the building that was originally being built. It was a secret hideout created by the group Shadow. Shadow Safe House - Delta was filled with Shadow Henchmen that stay in the base, as well as henchmen that guard outside the building. If they spot a player or are attacked, they will shoot other players in the area, along with reviving knocked teammates.