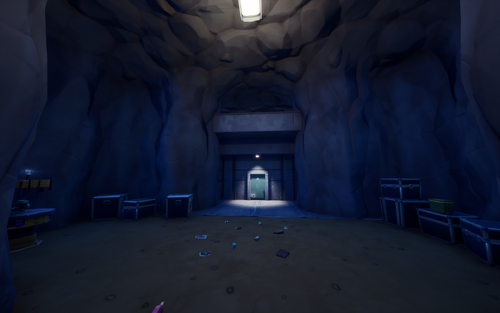 Shadow Safe House - Beta was a Landmark in Battle Royale added in Chapter 2 Season 2, located inside the coordinate G4, under a gas station east of Frenzy Farm, only accessible through secret hideouts that transport players there. It was a secret underground hideout created by the organization A.L.T.E.R.. Shadow Safe House - Beta had two secret entrances, a port-a-potty in a restroom near the gas station and a port-a-potty across the street from the gas station near a bus stop. Shadow Henchmen stay in the base, but some keep guard around the gas station. If they spot a player or are attacked, they will shoot other players in the area, along with reviving knocked teammates.