Fortnite Chapter 2 season 7of Battle Royale ran from December 6th, 2018 to February 27th, 2019. The Iceberg collides with the island and covers the southwest and some of the west part of the island with snow. The Sgt. Winter appears with an army of Snowmen (AKA Slushy Soldiers) and began the events of Season 7. Season 7's main theme seemed to revolve around arctic warfare, judging by the Iceberg.

The season features major changes in the map such as new POIs, Ziplines, a new vehicle called the X-4 Stormwing and an iceberg colliding with the map covering Flush Factory and Greasy Grove expanding the island size in the southwest which was slowly moving during late Season 6.

Starting from the 3rd of December, Epic Games started releasing a Season 7 teaser everyday until the season began. These teasers revealed some of the Battle Pass skins.

The 14 Days of Fortnite event was a Christmas themed event that ran from December 18th to January 2nd. Every day a new challenge would be available and after completing it you would be granted a free present. During this event, New and Old LTM's were introduced, and even some vaulted items returned, but only in those LTM's.

The name of the event parodies the classic Christmas Song "12 Days of Christmas".

However, when the event ended, Epic Games decided to bring back some of the most popular LTM's from "14 Days Of Fortnite", starting with Unvaulted and Team Rumble. Due to an error Epic made about the end date of the Event, anyone who completed at least one challenge in the event will get the Equalizer Glider.

The event was eventually brought back for 7 more days after Epic felt the Equalizer Glider wasn't enough for players who wanted all the rewards. They also decided to bring back these LTM's:

Fortnite Season 7 added a new game mode called Creative allowing players to make their creations on many diffrent island with some presets, and devices such as vehicles. It also allows players to fly and spawn items in this game mode. All players who bought the Battle Pass were given early access to this new game mode for the first week of the season.

Wraps are cosmetics in Fortnite Battle Royale introduced in this season that let you change skins of your vehicles, Assault Rifles, Shotguns, SMGs, Sniper Rifles and Pistols and they were introduced in Season 7 as rewards from certain challenges. In Season 7's Battle Pass, there are 6 types of Wraps.

However, there are a few wraps obtainable outside Season 7's Battle Pass. Disco Wrap could be obtained as an exclusive reward from completing 13 Days of Fortnite Day 13 Challenge. A few Wraps can also be bought from the Item Shop such as Candy Cane and the Hot and Cold Wraps. Additionally, the Blue Metallic Wrap could be obtained by completing 6 out of 13 Ice Storm Challenges. 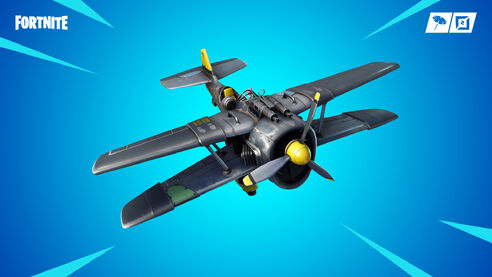 Do a barrel roll! Control the skies alone or with your wingmen with the X-4 Stormwing!

A Mythic melee weapon that deals big damage and destroys structures! Look for it at Polar Peak.

Treat yourself! Unwrap this new item and discover which set of item/weapons are waiting inside.

Drop the bass with the newest item available in Battle Royale, the Boom Box! Crank the volume and toss it at enemy structures to tear down their defenses.

Trade power for stealth with the Suppressed Sniper Rifle. Drop in now and sneak up on your enemies!

No sniper? No problem! Use the new Scoped Revolver to hit precise shots against enemies.

Spread your wings! Glider Redeploy is back, but this time as an item. Find charges as loot throughout the map.

Is that snowman closer than it was a second ago? Sneak around the map and surprise enemies in a frosty new way.

Warning: May cause cold toes. Chill your enemies to the core with this new item, it’s a blast!

Fire and forget! Light the fuse and watch a stream of rockets barrage enemy locations with this new item.

Join the battle in style riding the Driftboard! Fire at enemies, pull off tricks, and boost towards victory using this limited time item. 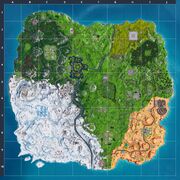 The Polar Peak at the start of the season