Rifts are mysterious objects that were added to Battle Royale at the beginning of Season 5 in Update 5.0. Rifts were found around newly added locations that came with the 5.0 Update (This includes but is not limited to the head statues, and Durr Burger). Upon walking through a rift, the player would teleport in an adjacent aerial space while skydiving. It could be also used whilst using any vehicle. Rifts could be used an infinite amount of times in a short time frame; players could also use an infinite amount of rifts.

In Season 6, a permanent Rift was formed in the Wailing Woods research facility until Wailing Woods was removed. This Rift is always present and never closes, unlike all other Rifts.

In Season 7, there is a permanent Rift on the small island south of the iceberg under a wood shack.

In Season 10, another permanent Rift appeared in Loot Lake inside the Zero Point.

In Chapter 2 Season 1, all rifts dissapeared, ending their "legacy".

The Rifts were the longest surviving map objects, lasting all 5 remaining seasons of Chapter 1.

In week 7 of Chapter 2 Season 3, 4 Permanent rifts have appeared when the spaceship launched near Craggy Cliffs.

In week 10 of Chapter 2 Season 3, a rift appeared above Catty Corner, hinting Thor's arrival to the Island.

Rifts are currently not a thing as of Chapter 2 Season 5 however, they did add Rift Fish', that instantly put the player in a rift when consumed. The Zero Point was re-added however, it is no longer a rift. 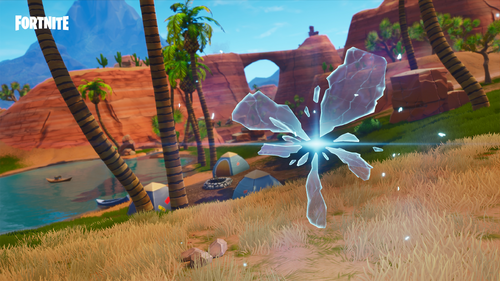