Fortnite was first announced in 2011 and was officially released on July 25, 2017 with the Battle Royale mode released on September 26, 2017. 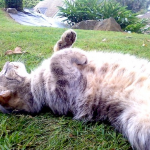