Fortnite Wiki
Register
Don't have an account?
Sign In
Advertisement
in: Pages with broken file links, Game Mechanics, Save the World Mechanics 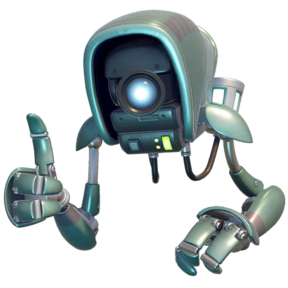 Quests provide different objectives for the player to advance to the story and gain rewards in Save the World. Completing quests award players with items and resources such as experience, resources, people, schematics, and currencies including

Daily Coins that can be used to progress on the game. Quest Logs keeps a record off all the available quests, current event quests, side quests, daily quests, challenges and completed quests. Quests can be pinned using Pin Quests to be able to track the current active quests in game.

There are different types of primary quests; Main Quests which follows the story line of the game that requires to complete various objectives in specific missions on progressing regions; Daily Quests which are assigned every day that rewards V-Bucks and Gold. A maximum of 3 Daily Quests can be active at a time whilst 1 Daily Quest can be replaced per day; Challenges which are special and repeatable quests in a series of up to 20 Stages that increases in difficulty every time completed; Hero Quests are the hero introductory quests on the campaign; and Side Quests which are optional quests that can be pursued for extra challenge and high value rewards.

Event Quests are also available on a limited-time and seasonal basis which could be only completed on a specific span or duration of the event. Completing these Event usually rewards event exclusive and limited-edition Heroes, Defenders or Schematics and event currency that can be used on redeeming Llama Pinatas. There are also Founder's Quests which rewards Founder's Weapons that are exclusively available to players who purchased certain tiers of Founder's Packs. While doing quests, the commander or the player is assisted by a NPC (non-playable character) Ray, a female programmed robot, that aids the player to progress complete quest objectives.