If you want to see the Birthday variation, see : Birthday Presents.

Presents! are a limited-time Legendary utility item in Battle Royale. When thrown, they would make a box with some loot in it; this box would also be claimed by the player meaning they can place traps on it. They were made for the 14 Days of Fortnite and Winterfest events.

Presents have returned again with Patch 15.10. It is now called the Holiday Presents! instead. It also spawns different loot then the Presents and also has a different texture. 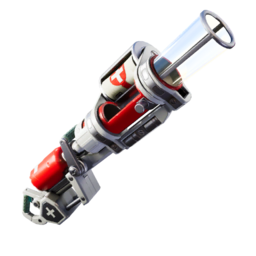