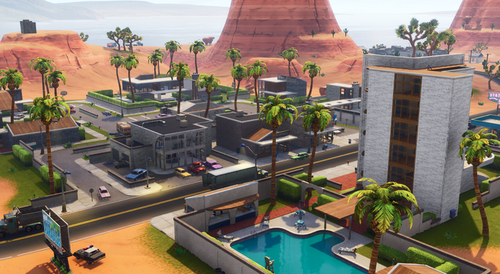 Paradise Palms (Formerly Moisty Mire and the Prison) was a named Point Of Interest in Battle Royale added in Season 5, located inside the coordinates H8 and I8, east of Fatal Fields, southeast of Salty Springs, and directly south of Retail Row. It was a tropical paradise city with palm trees, a hotel and a pool. It also included other settlements and commercial establishments covered in desert biome. It replaced Moisty Mire on the same part of the map in Season 5, which disappeared through a rift. The creation of Paradise Palms also led to the disappearance of the Crab Statue.

Paradise Palms was released in Season 5 following the initial Patch 5.0 on July 12, 2018. In the late days of Season 4, a stagecoach was found on the I8 coordinates of Moisty Mire hinting its desertification.

During several patches, the area had started to grow even more grass. This led to Moisty Palms being added although grass continued to grow in the existing desert.

For more details on houses and buildings, visit Paradise Palms/Buildings 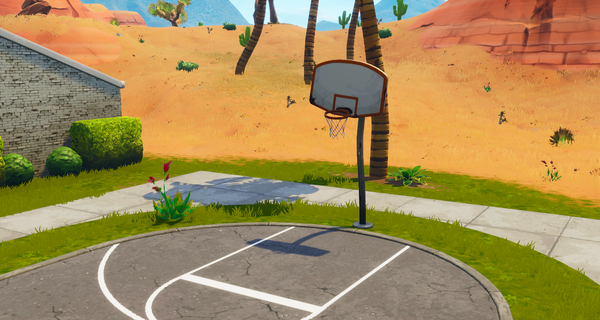