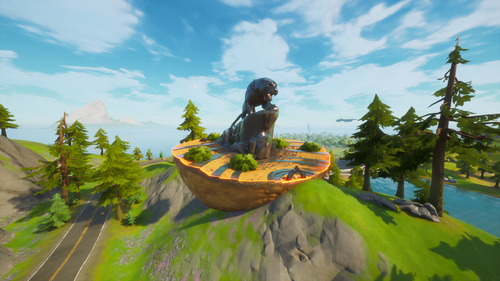 Panther's Prowl was a Landmark in Battle Royale added in Chapter 2 Season 4 located in coordinate E7, west of Misty Meadows and south of Hydro 16. It was a chunk of land that appears to have a Vibranium panther on a Vibranium rock. Both the rock and the panther were indestructible. A couple of rifts were around this area. This landmark was most likely rifted away from the Black Panther universe to the island.