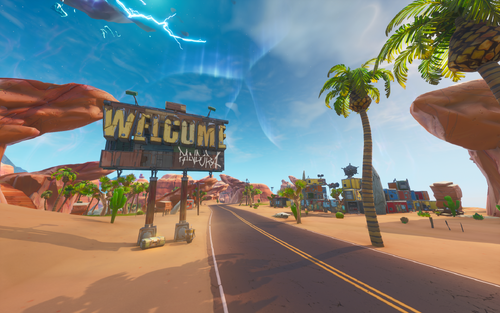 Pandora was an Unnamed Landmark in Battle Royale added in Season X/10, located inside the coordinate H9, H10, I9 and I10, south of Paradise Palms and east of Fatal Fields. It had lots of rocky terrain and two different small settlements. It was part of the Borderlands collab event.

The area was removed very shortly after being added, with the 10.30 Update.

The main gimmick of Pandora was that it would periodically give everyone in the area a full shield boost. This was shown in the location sign that said "Welcome to Pandora! Shields up, Traveler!". This mechanic is inspired on the way shields work in the Borderlands series.