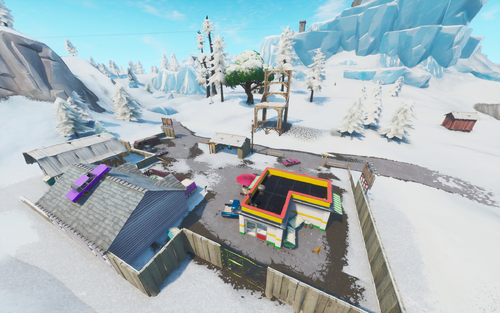 Outskirts was an Unnamed Landmark in Battle Royale added in Season 2, located inside the coordinate D8, north of Happy Hamlet and south of Shifty Shafts. It's most notable feature was a giant wooden chair, which got turned into a sled in Season 7 and then into a metal spaceship in Season 9 before turning back to a giant chair in Season 10.