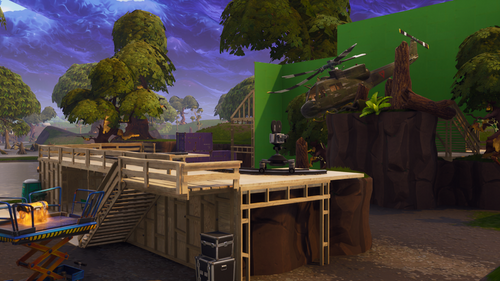 Moisty Mire was a named Point Of Interest in Battle Royale added in Season 1, located inside the coordinates I7, I8, J8, G9 and I9, northeast of Lucky Landing and east of Fatal Fields. It was a giant remote swamp with lots of trees and a few cabins.

It was replaced with Paradise Palms, a desert city at the beginning of Season 5.

In week 7 of Season 10, a rift beacon was constructed at Paradise Palms. While this didn't directly bring back Moisty Mire, it created a mix of the two POIs called Moisty Palms.