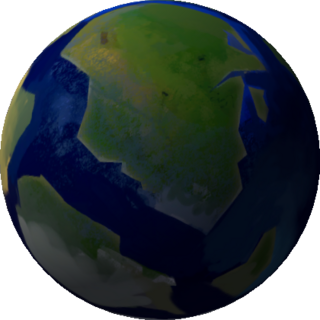 The Map is the playable area in Save the World which is composed of 4 main playable Zones/Regions with different Biomes and specific Missions; Stonewood, Plankerton, Canny Valley and Twine Peaks. Zones or Regions differ on representation, classification of monsters and difficulties (with recommended or required specific levels). Event Regions are also available during Event where limited-time challenges, quests and missions can be accessed.

Each Region are broken down into a Homebase and Biomes which are distinct areas that are smaller, themed and the main location where the objectives of the Mission is going to take place and needs to be completed. Biomes are procedurally generated with pseudo-random terrain which means that every similar Biome structures may differ on each missions in terms of the spawn locationof the Mission objectives, Quest objectives, secondary Objectives, available Loots, Treasure Chests and map objects.

Currently, there are 4 zones that can be explored and accessible depending on the Account Level and Storm Shield Defense progression.

The Mission Map is used to help navigate the area during an active mission. A circular Minimap that acts as a compass is visible in the top right of the screen and can be fully viewed by pressing M or tab by default keybinding on PC or the up arrow on PlayStation and Xbox. The Map is divided into 16x16 grid labeled as letters A to P on its X-axis (horizontal) and numbers 1 to 16 on its Y-axis (vertical).

At the start of the mission, the Map view is covered with gray clouds until specific areas are explored. Resources, objectives and map objects are also indicated with an icon, symbol or color representation on the map.