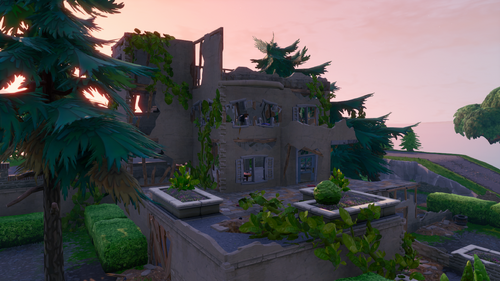 Mansion was an Unnamed Landmark in Battle Royale added in Season 4, located inside the coordinate J5 and J6, between Lonely Lodge and Race Track. It was the "superhero" base. When it was first implemented, the mansion was in good condition, however in the following seasons the Mansion began to deteriorate before falling apart completely. The Mansion had multiple rooms, an underground control center, and a cliff overlooking the ocean. The Mansion can be found in Creative, before and after deteriorating.