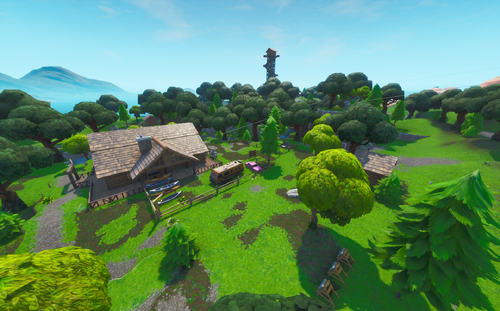 Lonely Lodge was a named Point Of Interest in Battle Royale which was added to the Map in Season 1, located inside the coordinates I4, I5, J4 and J5, south of Sunny Steps, far north of Moisty Palms, far east of Dusty Depot, south-east of Pressure Plant and north-east of Retail Row. It was a sole lodge in a forested area with flowing water, steep canyons, woodsheds and a high watchtower which is the highest structure built out of destroyable material. Lonely Lodge was the most eastern named area on the map. Lonely Lodge had a total of