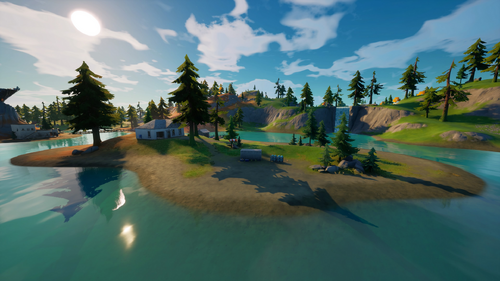 Lazy Lake Island is a Landmark in Battle Royale added in Chapter 2 Season 1, located inside the coordinates E7 and F7, north of Misty Meadows, southwest of Lazy Lake, far west of Catty Corner, farther east of the Hydro 16 Dam, and right next to Guardian of the Lake. This may be a joke that the developers were too lazy to think of a better name for it, especially as it's not even the only island in the lake.

Turk can be found here as a Character.