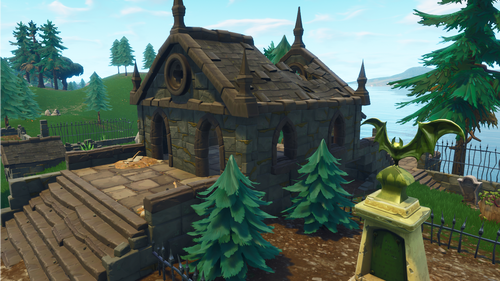 Haunted Hills was a named Point Of Interest in Battle Royale which was added to the Map in Season 2, located inside the coordinates B2 and B3, south of Junk Junction, far north of Snobby Shores, west of The Block and northwest of Pleasant Park. It was a cemetery with sheds, tombstones a church and a large haunted castle just on the hillside.

Haunted Hills could spawn up to

For more details on houses and buildings, visit Haunted Hills/Buildings

For more detail on houses and buildings, go to Haunted Hills/Buildings