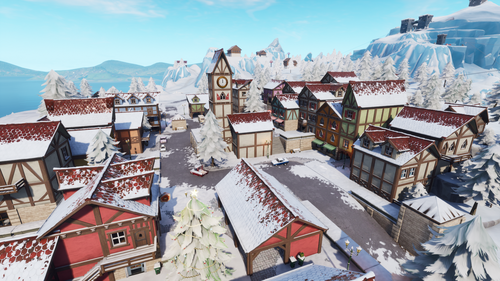 Happy Hamlet was a named Point Of Interest in Battle Royale which was added to the Map in Season 7, located inside the coordinates C9 and D9, west of Lucky Landing and south of Shifty Shafts. It was a large Scandinavian town, or hamlet, in the snow biome. It replaced the map coordinates of Flush Factory in Season 7.

33 Chests that had the potential to appear in matches.

For more details on houses and buildings, visit Happy Hamlet/Buildings