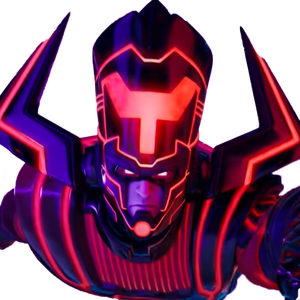 Galan or (aka Galactus or The Devourer Of Worlds) is a cosmic entity who originally consumed planets to sustain his life force, originating from the Marvel universe "Earth 616". He is the main villain of Chapter 2 Season 4. He has been slowly getting closer to the island all season. He is set to be a central part of The Devourer Of Worlds Event.

According to Donald Mustard, The End Event and the destruction of the Athena island is what attracted Galan to our world.