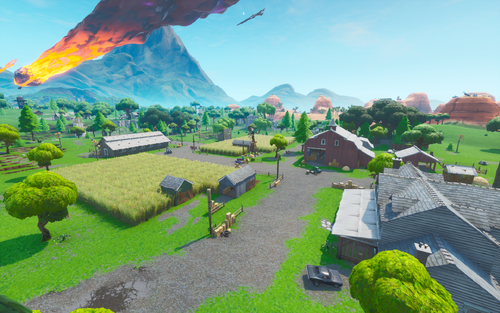 Fatal Fields was a named Point Of Interest in Battle Royale added in Season 1, located inside the coordinates F8, F9, G8 and G9, north of Lucky Landing, south of Salty Springs, and west of Moisty Palms. It was a farm with barns, a stable, corn fields, silos, a river, and a white farmhouse situated in the middle. Fatal had

For more details on houses and buildings, visit Fatal Fields/Buildings