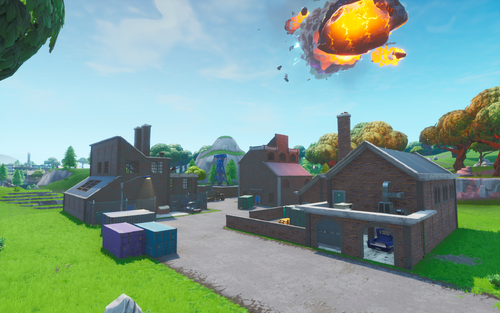 The Factory (Formerly Dusty Divot) was an Unnamed Landmark in Battle Royale added in Season 1, located inside the coordinate G6, between Dusty Depot, Retail Row and Salty Springs. It consisted of three small warehouses. In Season 4, a meteorite struck just northwest of it, destroying the warehouses and Dusty Depot, creating Dusty Divot. However, in Season 10 they were brought back because of The Zero Point at Loot Lake, alongside Dusty Depot.