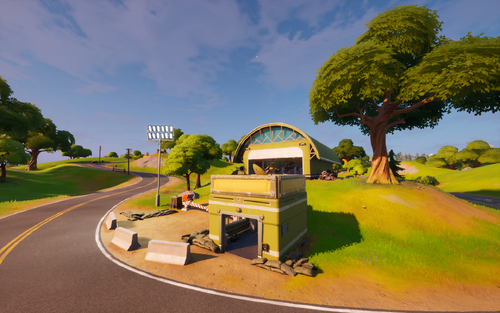 E.G.O. Hangar was a Landmark in Battle Royale added in Chapter 2 Season 1, located inside the coordinate B5, south of Holly Hedges and far west of Weeping Woods. It was a hangar similar to Frosty Flights (only grey and military green) that had chests, trucks and a good deal of metal. An Upgrade Bench could be found here.

This location, along with all the E.G.O. locations, was removed with the release of Chapter 2 Season 2.