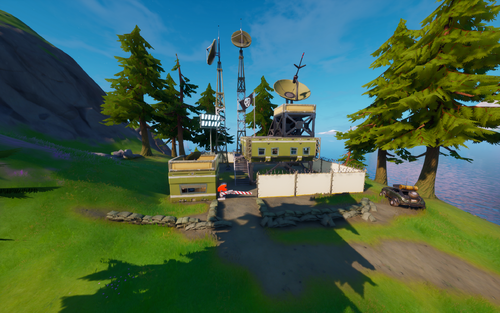 E.G.O. Comm Tower was a Landmark in Battle Royale added in Chapter 2 Season 1, located inside the coordinate D8, southwest of Misty Meadows and far southeast of Slurpy Swamp. It was an E.G.O. building with a broadcasting tower. This location also had an Upgrade Bench.

This location, along with all the E.G.O. locations, was removed with the release of Chapter 2 Season 2.