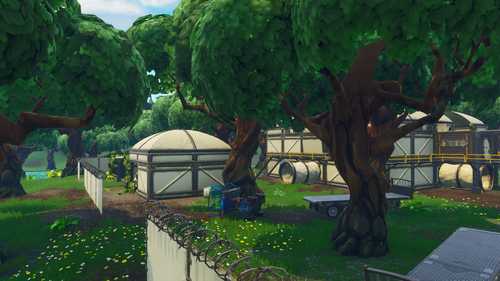 Dusty Divot was a named Point Of Interest in Battle Royale added in Season 4, located inside the coordinates F5, F6, G5 and G6, north of Salty Springs, west of Mega Mall, southwest of Pressure Plant, south of Lazy Lagoon, southeast of Loot Lake and east of Neo Tilted.

There was a temporary government research facility to examine a meteor crash that obliterated the Factory and a blue warehouse.

Remains of old locations the meteor shredded could be found in the form of a partially buried ice cream truck and containers near the north of the crater.

In Season 10, Dusty Divot was replaced with the former Dusty Depot due to the orb at Loot Lake causing a time rewind. 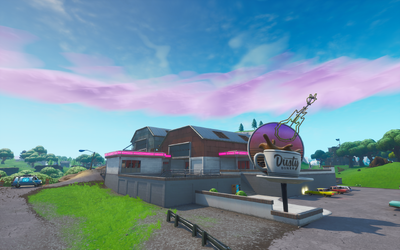