The Crash Pad is a Rare item in Battle Royale added in Patch v12.30, with an Epic variant exclusive to Spy Games which bounces the object on it higher.

This item serves as a mobility item, as when activated, it creates a pad that behaves similarly to a Bouncer, and launches players high with an anti-gravity effect upon contact. It can be deployed by pressing jump in the air, even if the item isn't selected. After being thrown down, it stays in that place and deflates after a period of time, meaning other players can also use it. Although being held on the weapons inventory it behaves just like a trap, being similar to the Zapper Trap in this aspect.

When the Crash Pad is almost deflating (naturally), it will start to have air leaking then eventually deflate.

It can deflect any projectile (except sniper bullets) like Rockets from Rocket Launchers, Grenades, other Crash Pads, Motorboat Missiles, etc.

The Crash Pad will deflate when:

There were also special Crash Pads that spawned in Pleasant Park, Frenzy Farm and Sweaty Sands. They would never deflate unless shot by any weapon. Vehicles also couldn't deflate them. All of these special Crash Pads have since disappeared due to the water receding on the map.

The Crash Pad has been vaulted with Patch 15.00 to reduce mobility. It may have also been vaulted due to the fact that you can use the Crash Pad on a player's box and instantly eliminate them which was very overpowered. 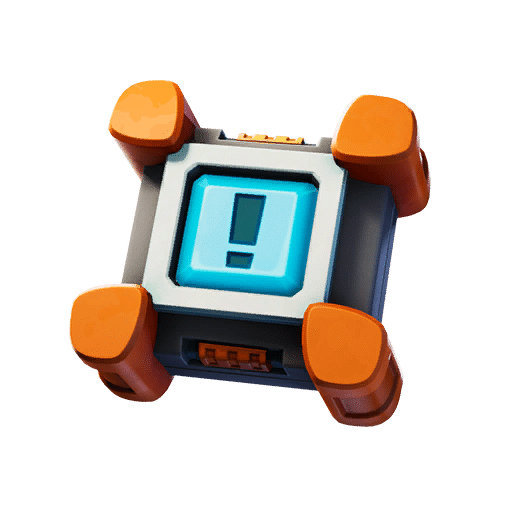