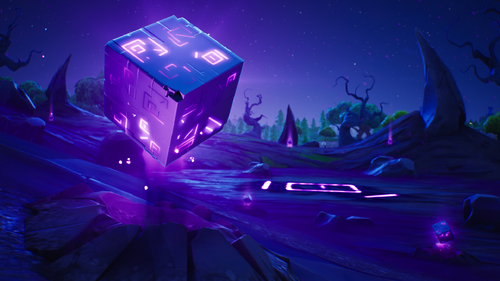 Every few days at the start of Season 6, the CUBE used the Floating Island to travel to each of the seven runes at the Corrupted Areas. It went to the areas in this order: Rune 7 near Pleasant Park, Rune 2 near Shifty Shafts, Rune 1 north of Fatal Fields, Rune 4 at Retail Row, Rune 5 in Wailing Woods, Rune 6 south of Lazy Links and Rune 3 west of Dusty Divot.