Beach Bus is an Unnamed Location in Battle Royale added to the map in Chapter 2 Season 1, located inside the coordinates E6 and E7, northeast of the Hydro 16 dam, far northwest of Lazy Lake Island, southeast of Weeping Woods, and southwest of Hunter's Haven. It is a bus with a red/white tent and a fishing barrel that houses a chest, an ammo box, and formerly an Upgrade Bench.

It was formerly a named Landmark located in the coordinate G2, west of Steamy Stacks, far east of Craggy Cliffs, and far northeast of Frenzy Farm, before it moved to where it is now in Chapter 2 Season 3. 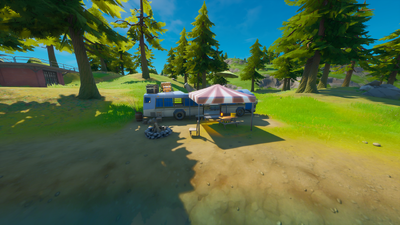 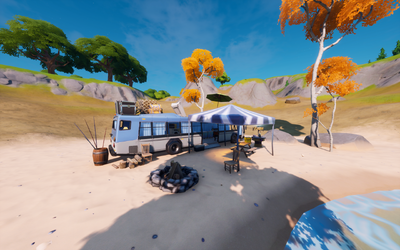