Limited Time Modes or LTMs[1] are events in Battle Royale. LTMs feature modifications to the rules set and mechanics, such as a limited loot pool or even 50 vs. 50 combat. LTMs usually last about a week and are available as an option in the Queue menu in the Lobby when featured. Some LTMs have been featured more than once. When this occurs, the LTM is often tweaked and improved upon based on feedback from the community before being reintroduced. Other LTMs only make a brief appearance during an event or holiday such as Love Shot, Fortnitemares, and Ice Storm.

The first LTM was announced during the 2017 Game Awards[2] where Epic unveiled a trailer for the 50v50 LTM.[3] Epic also wanted to add a "The Floor is Lava" mode, but couldn't due to the game being more primitive and not as advanced at the time. It did eventually get added in Patch 8.20.

Since, there have been countless LTMs typically rotating about once a week. 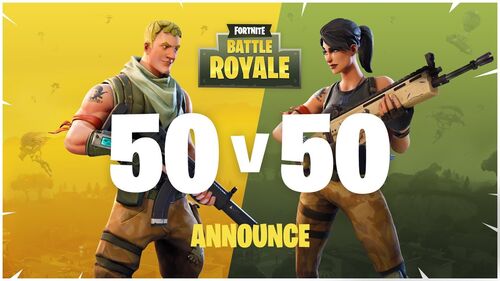