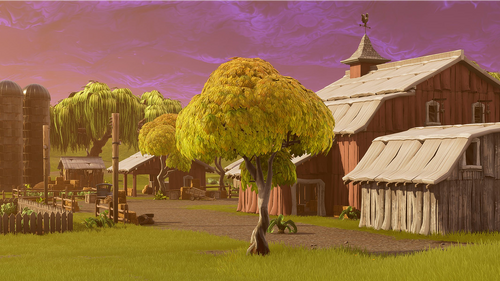 Anarchy Acres was a named Point Of Interest in Battle Royale added in Season 1, located inside the coordinates F2 and F3, north east of Loot Lake and west of Risky Reels. It was a large farm with crop fields, barns, sheds, silos, a stable, scattered trees, and a white farmhouse to the north.